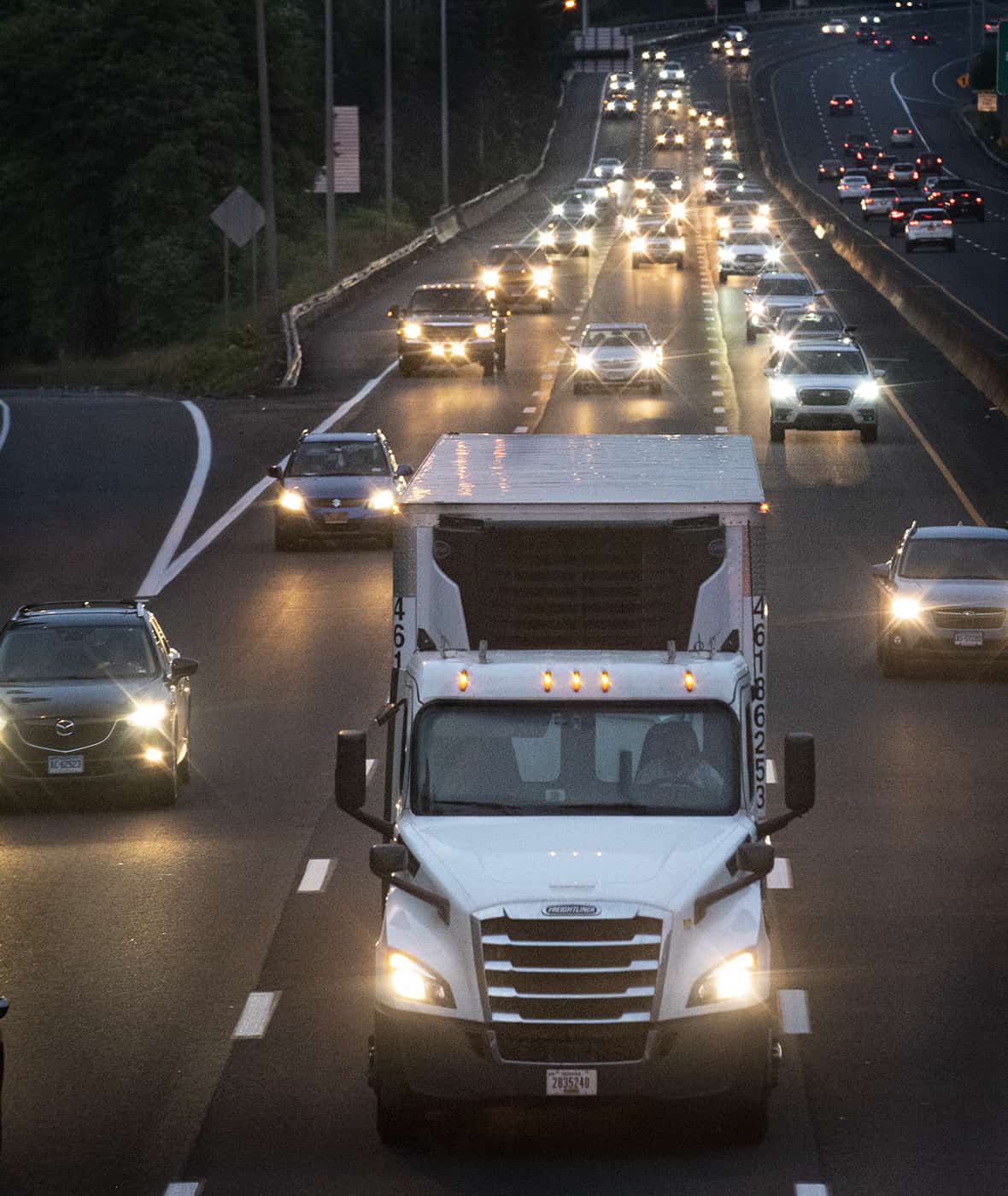 For the 29% of Connecticut adults who live with obesity, summer brings a difficult form of air pollution. Ground-level ozone is the colorless, odorless gas formed when auto exhaust reacts with sunlight at temperatures above 80 degrees. Ozone can be dangerous for people who have higher body mass indexes.

If the pandemic shutdown were now, those with obesity and others who suffer from the adverse effects of ground-level ozone might have caught a break. Officials know that other forms of pollution dropped significantly during the early spring.

Particulate pollution was greatly reduced briefly, according to a state Department of Energy and Environmental Protection (DEEP) report, because so many cars and trucks remained off the roads for weeks. DEEP reported that nitrogen dioxide levels (NOx) decreased 30% from normal along Interstate 95 from Washington, D.C., to Boston.

As summer’s heat sets in, tailpipe emissions are also rising as the state’s economy opens, creating conditions that are ideal for dangerously high levels of ground-level ozone.

Those trends likely will match those of previous years.

“The heat certainly makes the work of breathing harder just because your body temperature goes up and your metabolism goes up.”

The American Lung Association’s “State of the Air” report issued on April 21 rated all Connecticut counties “F” for ground-level ozone for 2016-2018. That F rating refers to the number of “orange” days, when at-risk groups—including people with obesity and those with chronic respiratory illnesses—are warned to limit outdoor activity, and “red” days, which indicate unhealthy ozone for all. The three counties with the worst ratings were Fairfield, New Haven and Middlesex.

Obesity And The Risks

Across all groups, roughly a third of Connecticut’s population, about 1.2 million people, suffer on high-ozone days.In 2019, there were officially 21 high-ozone days. In 2020, two days have exceeded the threshold as of July 7.

Obesity is a disease of inflammation—meaning the body perceives an invader, and hormones that drive metabolism react. Ozone increases inflammation in the human body, said Dr. John Morton.  He is a surgeon, obesity researcher, and division chief for bariatric and minimally invasive surgery for the Yale New Haven Health System and vice chair of surgical quality for Yale School of Medicine.

“Higher ozone is going to create a double hit,” he said. “You have the inflammatory response of obesity along with ozone, which will make it worse.

“We saw that in COVID obesity was a big risk factor in China and Europe and the United States because of the enhanced inflammatory response,” he said. “Certainly, ozone and obesity don’t mix.” Obesity also has been proven to be a response to environmental factors like chemicals and BPA plastics, and climate change itself is linked to rising obesity rates because of greenhouse-gas-intensive practices like raising red meat, Morton said.

Obesity decreases lung function and makes chronic problems like sleep apnea worse, he said. “The heat certainly makes the work of breathing harder just because your body temperature goes up and your metabolism goes up.” Over his 20 years of practice, he said, he has noticed “more issues with heat and sun.”

“The biggest thing if you are carrying extra weight is to do something about your weight. We have many different therapies. We believe obesity is a disease,” Morton said. Those therapies include six federally approved medications; a modified bariatric surgery known as a sleeve gastrectomy, which makes the stomach smaller; cognitive therapy; and other procedures that help with hormone production.

Morton said he used to advise that patients visit air-conditioned stores to walk around on very hot days, although during the pandemic “it’s become harder” to do that and stay away from crowds. But staying active is still important, he said. “It helps their heart. It helps their mood. Social isolation becomes a big risk factor for mortality. People who carry extra weight become socially isolated.”

He acknowledged that it can be hard to move around in heat, high ozone, and during a worldwide pandemic. He advises taking a walk during cooler times of the day. “If it is time to slow down, slow down. Hydration is really important.”

Scientists say not enough studies have been done on obesity and climate change in light of the 2.3 billion adults who the World Health Organization estimates have obesity. In the United States, funding for climate-related health effects occupies just .004% of the National Institutes of Health budget, said Dr. Kristie L. Ebi, an epidemiologist at the University of Washington who studies the health risks of climate variability.

“Ozone affects anybody who has any kind of lung issue,” she said in response to a question during the Metcalf Institute for Marine and Environmental Reporting workshop in June. “We don’t differentiate vulnerable groups very well. We tell everyone to do the same thing” when ozone levels are high. That is to stay inside.”

A University of Michigan review of 170 studies linked ozone to breathing problems in people with body mass indexes over 30. The study noted that those with obesity experience lower lung function in general. It also noted that “few epidemiologic studies have examined the interaction between excess weight and ozone exposure among adults.” The authors suggested that as obesity rates rise, more particular studies of people with obesity are needed to figure out risks they live with. They added that “recognition of this susceptibility could help regulators to designate obese populations as at-risk populations under the Clean Air Act for consideration in standard setting and public health warnings for air pollution.”

A 2019 study by California and Colorado scientists found a connection between ozone exposure and higher triglycerides (fat found in the blood) and lower “good” or HDL cholesterol. And a 2007 Harvard School of Public Health study of older veterans concluded that those with obesity and lung sensitivities suffer more when exposed to ozone.

The Institute for Health Metrics and Evaluation’s Global Burden of Disease study estimated ozone exposure causes 254,000 additional premature deaths globally each year. For Connecticut, that study estimated that 231 deaths in 2017 from chronic obstructive pulmonary diseases (COPD) were due to long-term ozone exposure. “This is a very conservative estimate,” said Kai Chen, an assistant professor of epidemiology at Yale School of Medicine who studies the intersection of climate, pollution and human health, “because cardiovascular mortality is also related to ozone exposure.”

Ozone is connected to other health conditions, too. For example, a 2017 study by a group of scientists across the United States connected long-term exposure to ozone in Black women, and a study of New York asthma sufferers linked ozone to increased hospitalizations.

Warning Standard May Be Too Lax

Current science suggests that the state’s danger threshold for ground-level ozone should be stricter, scientists say. It is based on the Environmental Protection Agency’s unhealthy ozone standard of 70 parts per billion over eight hours using data from the previous three years. The federal standard was last lowered from 75 ppb in 2015.

“This standard is likely not enough to protect the public health,” said Chen, who has studied ozone and health in the United States and China.

Setting a stricter danger threshold would immediately result in many more “orange” and “red” days, issuing warnings to people with chronic health conditions like obesity, heart disease and asthma to limit their movement outside. As the climate warms, ozone levels will get worse not only in the summer but also in the winter, scientists predict.

In this article:Hispanics and obesity