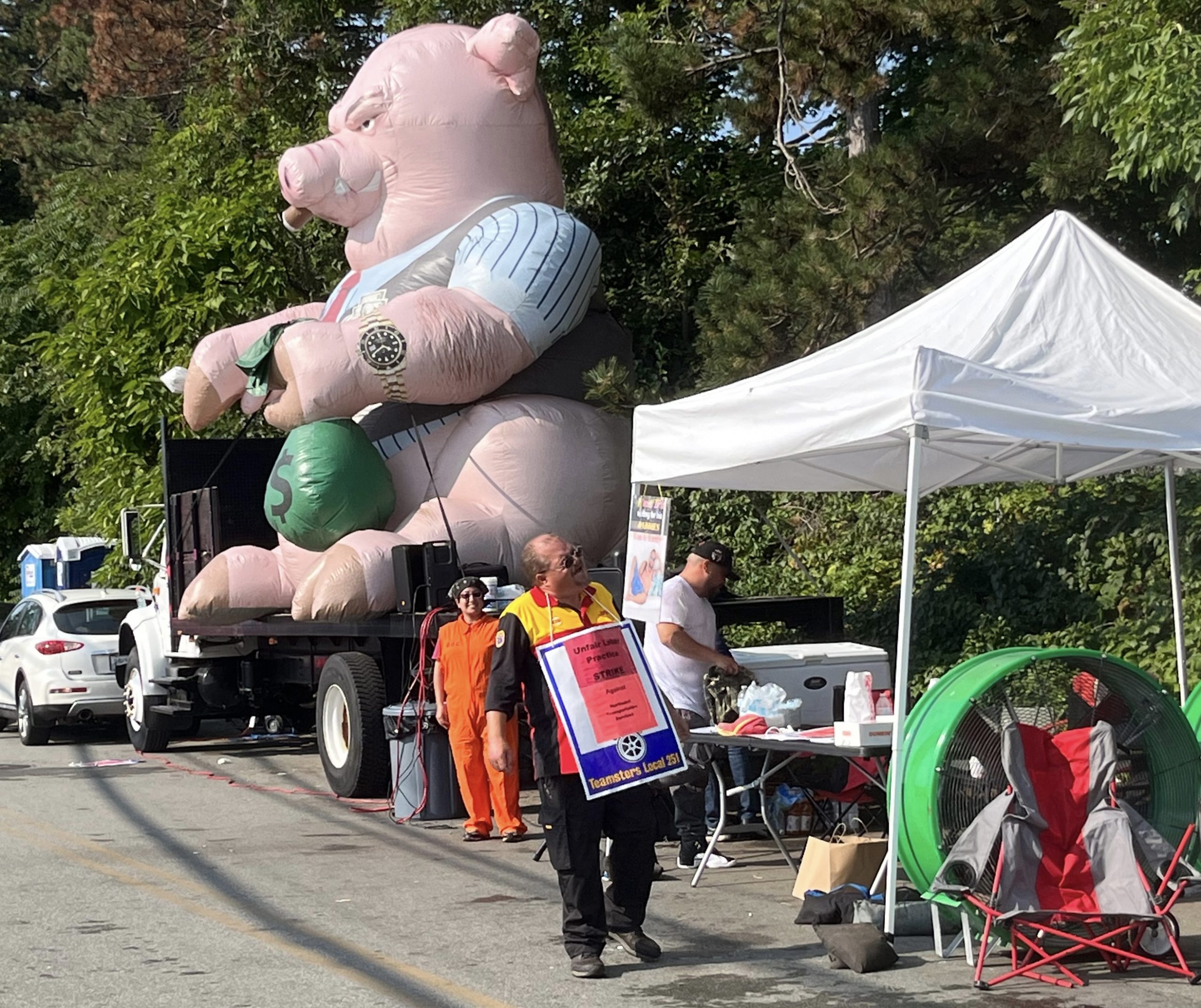 A large inflatable “greedy pig” with a green money bag sits on a flatbed truck, next to those involved in the Teamsters Local 251 Union strike at DHL Express ServicePoint in Pawtucket. Photo Credit: James Sadowski

DHL courier and union member Rasche Brown is one of those workers. Brown attended the Teamsters Local 251 Union strike at the DHL Express ServicePoint in Pawtucket on September 9.

Please Note: The audio of Brown’s interview in the clip below was captured just before the strike had become violent. Police used pepper spray on protestors and five people were arrested and charged. For more on the events of the strike check out reporting by ABC6.

“We’re fighting for affordable healthcare and fair labor,” Brown said. “We’re working for peanuts…I have to have open-heart surgery and I can’t have it right now because I need affordable healthcare and working paycheck to paycheck is not helping at all. I’m being dead serious. If you ask anybody they’d say I was supposed to have open heart surgery last Thanksgiving. I can’t afford it and if I don’t get the surgery I’m going to die.”

Central Falls is home to one of the largest Latino populations in Rhode Island. Hispanics and Latinos make up the largest ethnic group in the city at 69.3% of its total population, according to 2021 census data.

Specifically pertaining to who’s more vulnerable to wage theft, Molina-Hernandez said, “It’s very common in which employers will not pay what’s legal or fair to their employees because they will be undocumented.”

Undocumented immigrants, including those that make up the Latino population in Central Falls, are more vulnerable to wage theft due to being afraid of immigration enforcement and thinking they can’t speak up to their employer because they believe they “don’t have a full book of rights” as a U.S. citizen would, said Molina-Hernandez.

A common situation of labor exploitation and wage theft Fuerza might see is when an employer in a field like construction takes advantage of an undocumented latino employee by not providing sufficient pay for the hours they work, Molina-Hernandez said. The employer might pay for 40 hours when the employee worked 80 hours, all without providing any health insurance.

Misclassification of employees is an issue too. People that should be considered employees, employers treat as independent contractors so they can avoid paying certain taxes or can fire them without justification.

Central Falls resident Raul Ortega, while not in the labor industry, had experienced a form of wage theft at a car dealership he worked for in Massachusetts.

“[Wage theft] happened to me in a past job where the company wasn’t paying out in overtime what they were supposed to be paying,” said Ortega.

Ortega is currently unemployed and said he wants to start his own car dealership.

Both Molina-Hernandez and Brown had suggested asking local politicians how much they know about worker’s rights issues in the area and how they might try and help workers in the two cities out.

Cooperatives are “businesses owned by ‘member-owners’” and they are “democratically controlled by their member-owners and unlike a traditional business, each member gets a voice in how the business is run. Services or goods provided by the co-op benefit and serve the member-owners,” according to the University of Alaska Anchorage.

“I think the cooperative bill is one way, it’s one step but it’s also about making sure that we have the bureaucratic capacity to enforce the labor regulations that we have on the books,” RI State Senator Jonathon Acosta said.

“I was a big supporter of the bill put forth from the attorney general’s office that would make wage theft a felony…I feel like it really compliments the initiative I have,” RI State Representative Joshua Giraldo said.

Ortega said he thought Acosta supporting the development of co-ops was a good idea. “That’s definitely the right move to do,” said Ortega. “It’s an equal thing. Everybody gets a piece of the pie.”

“With co-ops, since everybody’s their own bosses and their own workers, you will be fighting labor injustice in that way,” said Molina-Hernandez.

Co-founder and Executive Director of LUNA Community Care Casey Gallagher supported the idea of developing cooperatives throughout the state. LUNA is the first disabled workers cooperative in the United States, Gallagher said.

“In a workers cooperative, we’re able to really teach everybody the basics of the business and work off of people’s strengths, but also take care of one another,” said Gallagher.

“It is really a space where all disabled workers have equity… to give and receive support to one another, engage in special interests, [and] meet other community members,” Gallagher said. 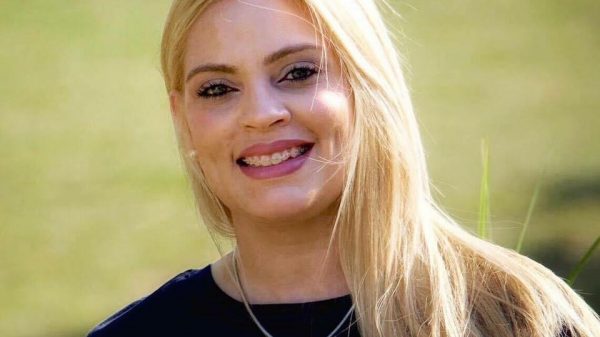 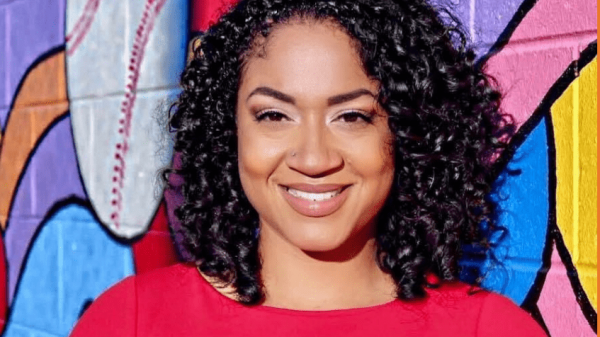 “No one should feel that they can’t call the police because they fear that they might be deported,” said City Councilmember Jessica Vega. As... 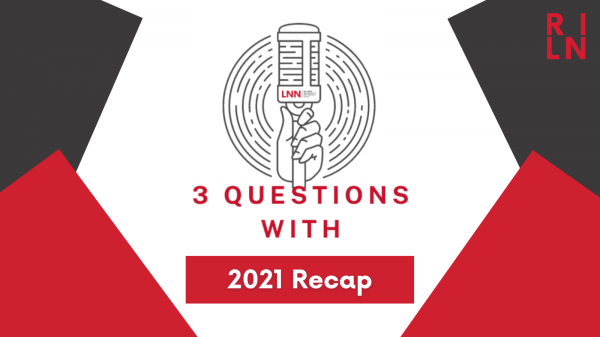 As the year comes to a close, the RI Latino News (RILN) team is looking back at a year’s worth of producing content that...