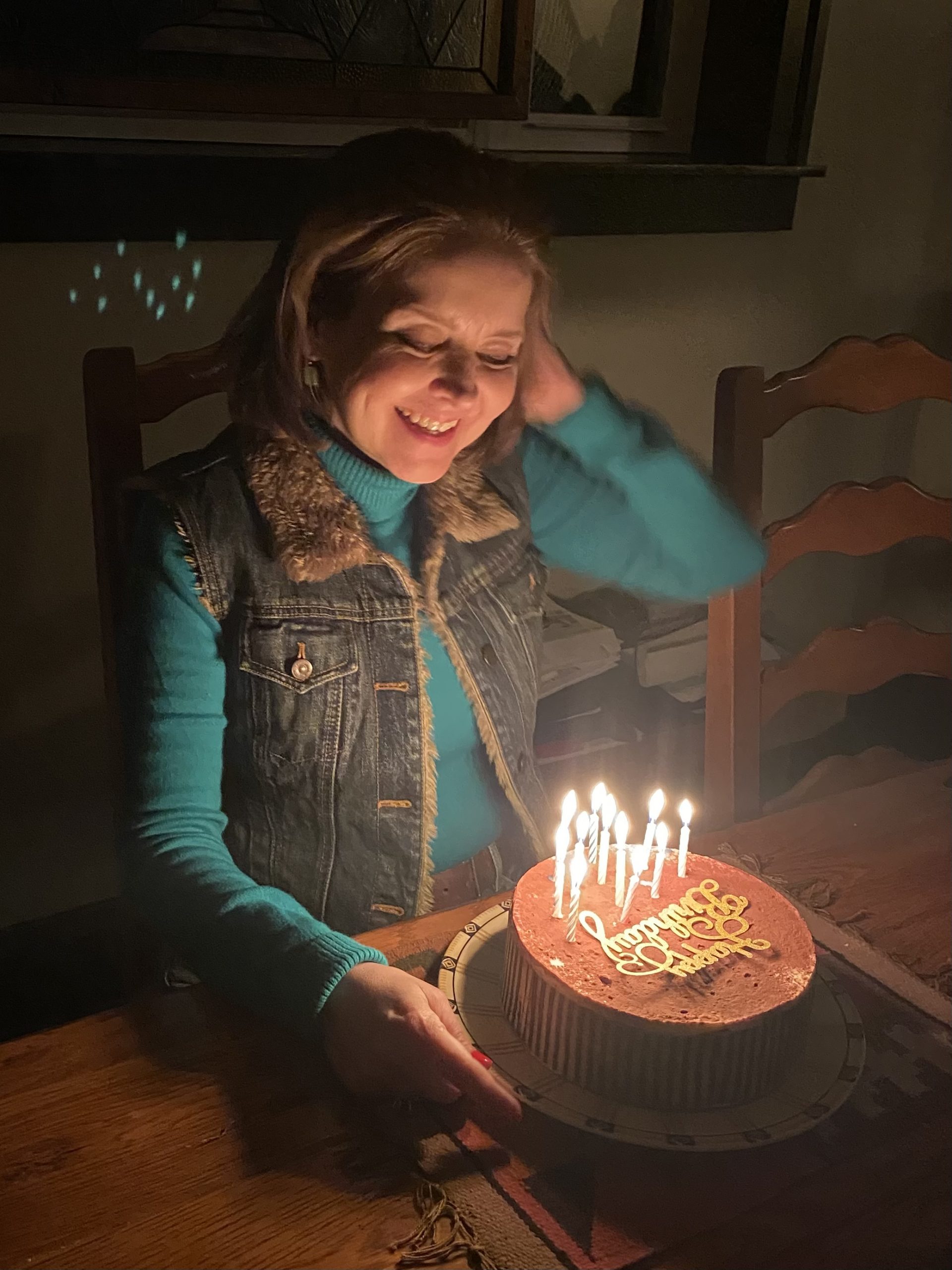 “Cumpleaños feliz, te deseamos a ti,” our family sang “Happy Birthday,” to my wife, Adriana. “Cumpleaños felices,” we cheered, not the date when she was born, but instead the date she received a new liver. Adriana was born in April, but we also celebrate her birthday in November, thanks to a life-saving organ transplant operation. She had suffered from polycystic liver disease, a rare condition that causes cysts (fluid-filled sacs) to grow throughout the liver.

Soon after the birth of our first child in 2003, my wife’s aggressive form of the disease became even more severe, deforming her organ further. A healthy liver has a smooth appearance weighing between three and three and a half pounds. Adriana’s polycystic liver looking like a cluster of large grapes, weighed just over 20 pounds when it was removed.

The enlarged liver displaced her other organs, complicating her overall health; Adriana would surely die without a transplant. Her medical miracle happened in her native Colombia when doctors told us that an organ donor, a woman who unfortunately died in a car accident, was a match with Adriana.

April is National Donate Life Month. Doctors and advocates say it’s more important than ever to bring attention to the need for organ donors. Approximately every 10 minutes, another person is added to the national waiting list.

I became an organ donor soon after Adriana’s liver transplant. Before then, I was like many Hispanics-Latinos, who are less likely to donate organs than Americans as a whole, according to organ donation experts. Hispanics-Latinos are disproportionately in need of donor organs and are less likely to consent to donation than their non-Hispanic counterparts, reports the National Library of Medicine.

“We have transformed the way that they’re thinking and looking at … organ transplantation,” said Dr. Juan Carlos Caicedo, organ transplant surgeon and the director of the Hispanic Transplant Program at Northwestern Memorial Hospital in Chicago. In an interview on WTTW’s Latino Voices, Dr. Caicedo told me that his team of 50 medical professionals at Northwestern Medicine’s Hispanic Transplant Program helps break down language and cultural barriers in the Hispanic-Latino community. “To be able to do it in their own language – knowing their culture, because our team is bilingual and bicultural — and removing all the language barriers and cultural barriers, we have been able to engage them in a positive way,” he said.

Last year, nephrologists at Loyola University Medical Center told Adriana that her kidneys, which suffer from polycystic kidney disease (PKD), were giving out. PKD is another inherited disorder in which clusters of cysts develop primarily within one’s kidneys, causing them to enlarge and lose function over time. As a result, Adriana is fast approaching the point of needing dialysis.

I quickly volunteered to be tested to see if I could be a living donor for my wife.

Transplant patients are often reluctant to consider an organ from their spouses because the organs may not be a good match in blood and tissue type. Poor matching can cause the recipient’s immune system to reject the organ.

But a report in the journal Dialysis and Transplantation found that kidney transplantation from spousal donors “has comparable outcomes to those of other living-unrelated donors, and shortens the time spent on the waiting list.”

Adriana is on that list, and the wait could be as long as three years. Happily, Adriana and I learned that I am a solid match to donate my kidney to her. We will have the surgery in June.

There are more than 100,000 people currently on the national transplant waiting list.

Current statistics show that Americans belonging to minority groups make up nearly 60 percent of those waiting for an organ transplant.  Although a transplant can be successful regardless of the race or ethnicity of the donor and recipient, there is a greater chance of longer-term survival for the recipient if the genetic background of the donor and recipient are closely matched.

Please consider becoming an organ donor. Americans from every community are needed to help make a life-saving difference. Persons who register as organ donors can save up to eight lives and enhance the lives of 75 others.

Some of those donations can take place while you’re living. For example, living donors can give a lung, kidney, or part of their liver, which can almost regrow to its original size.

Next year, my family looks forward to adding a new June birthday for Adriana, celebrating her new kidney, the gift of life, and our family’s love.

Hugo Balta is the Owner and Publisher of Rhode Island Latino News. He and Adriana celebrated 21 years of marriage in February. They reside in Chicago with their two children, Isabella and Esteban.

In this article:organ donations and latinos